The Snow Queen and the Stutterer 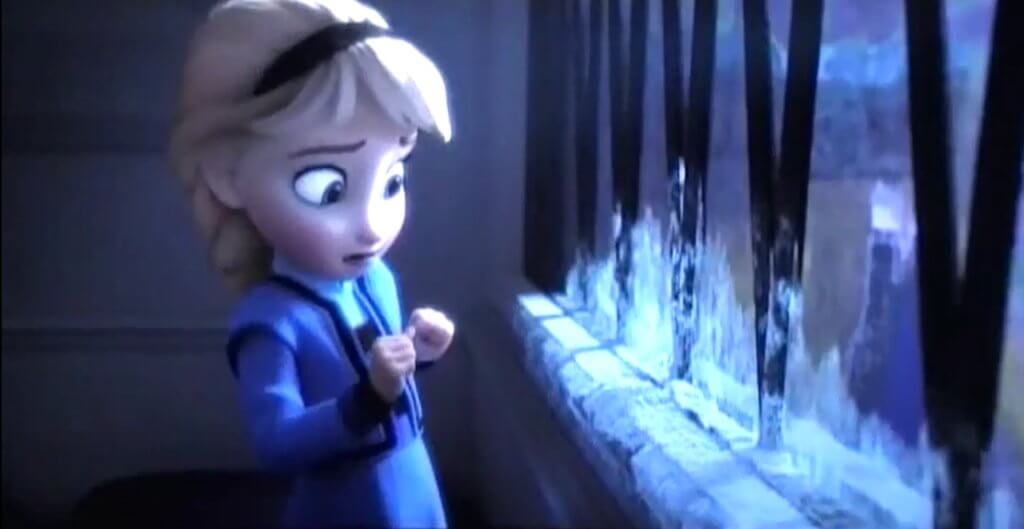 “Fear will be your greatest enemy.”

Just in time for record-breaking winter weather in Chicago, I watched Disney's new animated feature Frozen this weekend. The story is a modern take on Hans Christian Andersen's The Snow Queen. It tells the tale of Elsa, a young queen with magical winter powers; and her younger sister Anna, who searches for her queen-sister to break the eternal winter that Elsa has inadvertently caused.

Although most of the screen time is dedicated to Anna's questing activities, Elsa's character has a far more significant self-journey. In Andersen's original story, the Snow Queen is a villain. In Frozen, Elsa is as much a victim of her abilities as Anna and the townspeople. It is only by coming to terms with herself that she is able to break the winter curse she herself has caused.

Throughout the film, I was struck by how many of Elsa's reactions, choices, and thoughts parallel the experience of stuttering. Stuttering is not a "superpower" in the way that ice-magic is, but Elsa's personal journey in Frozen shows that her frosty fingers are really just the tip of her personal iceberg.

Early in the film, we watch as the child Elsa learns that she must "conceal, not feel" her powers. Her magic is dangerous, threatening, and bad. She must not let anyone know what she can do. Her loving parents, wanting to protect their daughter, lay off all but the most critical household staff and shut the doors to the palace, isolating the family. While her younger sister Anna roams the empty halls, Elsa shuts herself in her room, avoiding the outside world.

"Fear will be your greatest enemy," Elsa is told as a child. No one but Elsa's family knows about her abilities, and the secret is her first fear: fear that other people will find out.

Years pass, and Elsa is to be crowned queen. Her powers have grown, and virtually anything she touches turns to ice, even if she tries her hardest to control it. We see Elsa practicing and panicking as she prepares for her coronation ceremony, where she must hold the regalia in front of subjects while the vows are proclaimed. As often as she practices holding the items, she struggles to keep them from frosting. When coronation day arrives, Anna and the people are celebrating and joyous for their new queen, but all we see at the ceremony is Elsa consumed by fear that she will give herself away. She makes it through--barely. 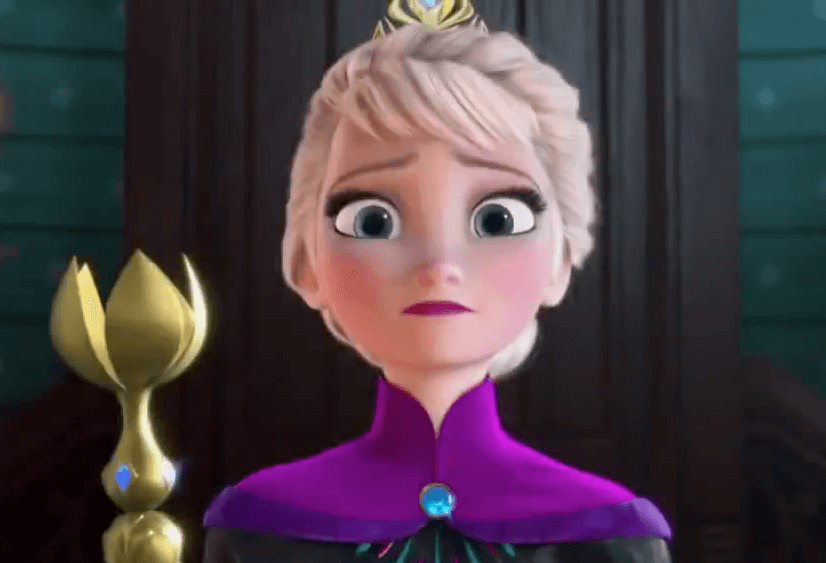 An event occurs that causes Elsa to completely lose control and her powers set the land into an eternal winter. Ashamed, afraid, and guilt-ridden, Elsa flees society. Alone on a mountaintop, she decides to accept and embrace her powers (played out in the powerful Let It Go musical sequence).

Despite the song's uplifting conclusion, Elsa is only halfway through her journey. Her secret is out, "well now they know," so the fear of being discovered has fallen away. However, she is still afraid of herself.

Although she has accepted her powers, she still believes it is necessary to isolate herself from society. She can't control her abilities and is afraid of harming others. Even when Anna reaches out to her, Elsa distances herself. There is a monster, a curse, a weapon inside her. Her first fear of being found out is gone, but another fear persists: how her magic will impact her interactions with others. Even on her isolated mountaintop, Elsa realizes "I can't be free, no escape from the storm inside of me."

Avoidance is one of the greatest, constant temptations of stuttering. Ordering salad when you really wanted pasta, because you might block on the "p". Withholding your opinion during a board meeting, because you might stutter while sharing an idea. Pretending you don't know the answer so you won't have to speak in front of the class. Wandering around the grocery store for half an hour because you can't find an item and don't want to ask a person for help, because verbal communication is scary. So we avoid. We self-isolate. Outwardly, in the moment, it makes things easier. But inside, the storm goes on.

The first time in forever

Elsa is overcome by fear, shame, guilt, and powerlessness. She caused the winter, but doesn't know how to undo it. She can't control this part of her.

In true fairy-tale fashion, the only power that will break the winter curse is "true love". There is almost no love in Elsa's life. She has avoided the world and beaten herself down. The only person who loves her is Anna, who in a valiant act of selfless, loving sacrifice shows Elsa how love can break the icy curse.

It turns out that Elsa does have the ability to end the winter, just as she caused it. Elsa's magic is extremely powerful. However, the only way that Elsa is able to use her power for good is to accept and love herself, magical frost fingers and all.

The townspeople's opinion of Elsa is a direct result of Elsa's opinion of herself. When Elsa is afraid of her powers and sees herself as a monster, the people view her as a threat. At the end of the movie, when she accepts herself and embraces her abilities, the people love her. Because she self-believes that her abilities can be used for good, the people come to celebrate Elsa's unique difference.

The message in the Let It Go number is powerful, and bears a telling similarity to the title of the National Stuttering Association newsletter: "Letting Go".

All her life, Elsa has spent all of her mental and emotional energy trying to control and suppress her magic. But the more she fights it, the more it manifests. At the film's conclusion, Elsa accepts her magic, letting go with love and confidence. She has powers, but it doesn't mean she needs to isolate herself or live in fear. Her enemy, fear, is conquered by love.

Life, of course, continues on past the happy endings in Disney princess movies. Still, if I had to guess, Elsa still probably has to navigate daily interactions like accepting a gift or shaking hands without turning her contacts into ice. But, she doesn't have to hide it. She has friends and family who will help her figure things out. I'm sure she's going to be accidentally freezing things all over the palace for years, but that's OK.