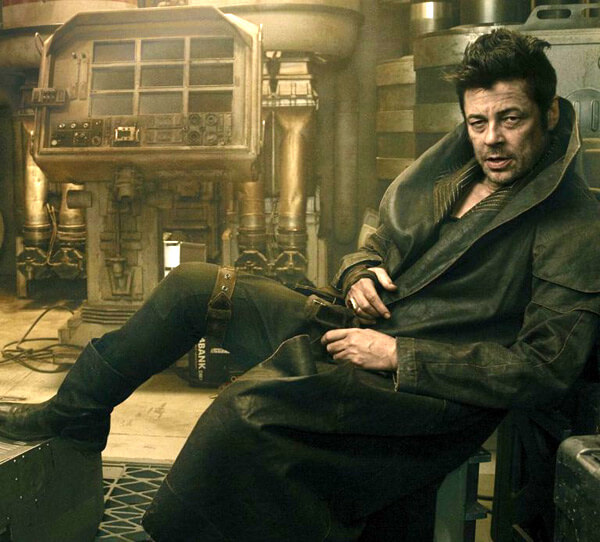 In case you hadn't heard: the latest Star Wars installment has a character who stutters.

If you have not seen Star Wars: The Last Jedi, SPOILERS AHEAD!

I have slowed down in my old age, and did not see the film on opening night. I received a text message from a friend the morning after it opened. "Saw Star Wars last night. Villain and criminal low-life stutters. Yuk."

Surprised, I texted another stuttering friend who I knew had seen the movie. "There's a character who stutters?" He responded that yes there was, but it was so minor that he didn't even notice until someone else pointed it out.

In the intervening eons between opening night and Sunday, when I finally watched the film, I continued to receive messages. Some people were outraged that stuttering was associated with this ne'er-do-well. Some thought it was cool that stuttering was in Star Wars, at all. And some didn't even notice.

This vast range of reactions to a media portrayal is kind of unusual in the stuttering world. I was immensely curious as I headed into the theatre. There's a character who stutters...what does that mean?

The stuttering star, played by Benicio del Toro, does not appear until midway through the film, and probably has no more than 5-10 of total screen time. He appears at a time of crisis for two of the heroes and plays a significant role in moving events forward.

DJ (I had to look up his name, since I don't recall it being said in the actual movie) fits the archetype of a low-life opportunist. He is habitually unkempt and doesn't seem to care much what other people think. He is skilled in the art of sneaky things: breaking and entering, thieving, and escaping. He is motivated by money and will do anything that profits him, including betray the good guys. He's very self-assured and says what he thinks. And he stutters. (From a technical standpoint, del Toro stutters very well, I give kudos to him for that!)

Is this a step forward for stuttering awareness, or reinforcing of negative stereotypes?

Speech differences in film, TV, and drama productions are historically used to highlight negative or pitiful aspects of a character. The stereotypical stutterer is weak, anxious, frightened, and insecure.

Professor Quirrell is a telling example. In Harry Potter and the Philosopher's Stone, this stereotype is explicitly discussed. When Quirrell reveals himself to serve the evil Voldemort, he tells Harry that he was faking the stutter the whole time to appear weak and unsuspecting. How could a pathetic stutterer be capable enough to cause any harm? When he speaks in his "actually competent and dangerous bad guy" voice, he becomes perfectly fluent.

Speech is closely associated with intelligence, so stuttering is also used to demonstrate incompetence or ignorance. The stuttering lawyer from My Cousin Vinny is a famously brutal example of the oblivious stutter who deserves to be laughed at.

Of course, we've come a long way since 1992. The King's Speech was a huge milestone for stuttering awareness and speech disability awareness in general. The past few years have given us several media protagonists with non-standard speech. The 2017 remake of Stephen King's It features Bill, described on Wikipedia as "the stuttering leader". Dustin from Stranger Things has an articulation disorder, and has no compunctions about telling would-be bullies that it's stupid to make fun of people who talk differently.

This apparent upward trend in positive portrayals of people who stutter may explain why DJ's stutter comes off as shocking and offensive. On the surface, it feels like a throwback to the days of A Fish Called Wanda. Haven't we moved on from these negative stereotypes? Did we take a step forward, only to go two steps back?

I walked out of the theatre with mixed feelings about DJ. My inclination was to interpret his character as some kind of third-wave advancement in stuttering awareness, but I'm not an average viewer when it comes to stuttering. How would a layperson who doesn't know anything about stuttering interpret DJ's speech pattern? Would they associate his speech disfluency with the fact that he's untrustworthy? "They should have known not to trust that stuttering guy!"

I looked around for reviews or posts about DJ's stutter. There doesn't seem to be too much out there, which is a likely indicator that most people didn't notice at all, or didn't think it was noteworthy if they did. I did find this illuminating analysis on Elite Daily:

I have to admit I was pretty amazed by this author's entire line of thinking. This author noticed the stutter, and the reaction was curiosity. Why does he talk like that? Perhaps his speech is a clue to his adventuresome lifestyle (which fits with his overall profile of a skilled survivalist). Or maybe that's just how he talks. How interesting! Instead of negative judgment about his speech, they want to learn more about him. It's mysterious, confusing, enigmatic.

DJ stutters, and he is a bad guy. (Chaotic neutral is actually the most accurate description.) But his badness is not related to his stuttering. And when it comes to things that stereotypical stutterers are supposed to be terrible at, DJ blows all the stereotypes out of the water.

Stuttering means you are incompetent. DJ is extremely competent. He is arguably one of the best in the galaxy at what he does.

Stuttering means you are weak and needy. DJ is extremely confident and able to look out for himself, to a fault.

Stuttering means you are reluctant to speak. DJ is snarky and sarcastic and clearly says what he wants. He stutters right through it.

Stuttering means you not intelligent. DJ is very, very crafty and cunning.

Stuttering means you are afraid. DJ has no problem jumping into risky or dangerous situations if it means he can get something he wants.

DJ is good at lots of things. In fact, he excels in all the areas that are supposed to be weaknesses for people who stutter. But while DJ is good at many things, DJ himself is not good.

We judge DJ as a non-good-guy not because of how he talks, but because of who he is and what he does. The speech is an extra curiosity.

My conclusion is that DJ is one of the most true-to-life stutterers to grace the silver screen. He is a skilled expert of dubious moral character. He happens to stutter. None of these things are related. A layperson who notices his stutter, alongside all his others abilities and traits, wonders, "Why does he talk like that?" And the answer is (so far as we can tell from the movie)...he just does. Some people stutter. DJ stutters. There is no why, no complex moral or medical backstory. It just is.

I must admit that even though I "get" the "it just is" part of stuttering when it comes to real people, I'm still confused when it comes to this movie character. Why did the writers put that in?* Obviously it was deliberate, so what are they trying to show? Is it supposed to be a sign of his shifty character? It's a strange one-off. It doesn't "fit" with his character. It's unexpected.

But that's the whole issue with stuttering. Stuttering doesn't "fit" anybody; stutterers are no different from non-stutterers in their character, ability, or moral propensities. Stuttering is never expected, and can be confusing for speakers and listeners alike. You can twist yourself into knots trying to make sense of it, or you can acknowledge it and move on with more important things, like sneaking onto a First Order battleship.

As DJ would probably say, "Yeah, I stutter. Sss-s-so?" 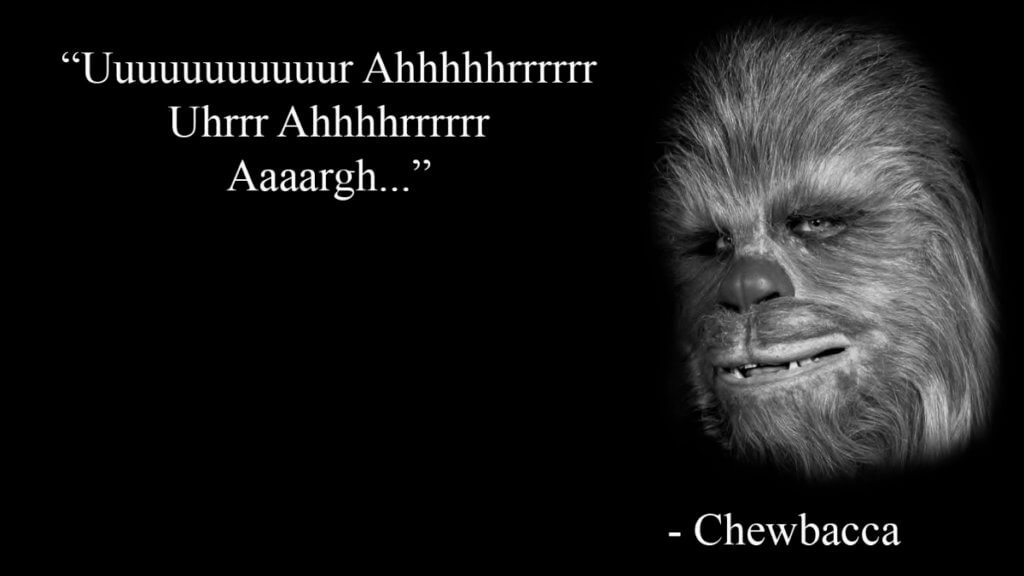 *DJ is based off a character from the Star Wars novels, which I have not read. If the book character stutters, there may be an explicit backstory as to why. This might also explain why the film writers went out of their way to include it in the movie, but skipped over any comments about it.