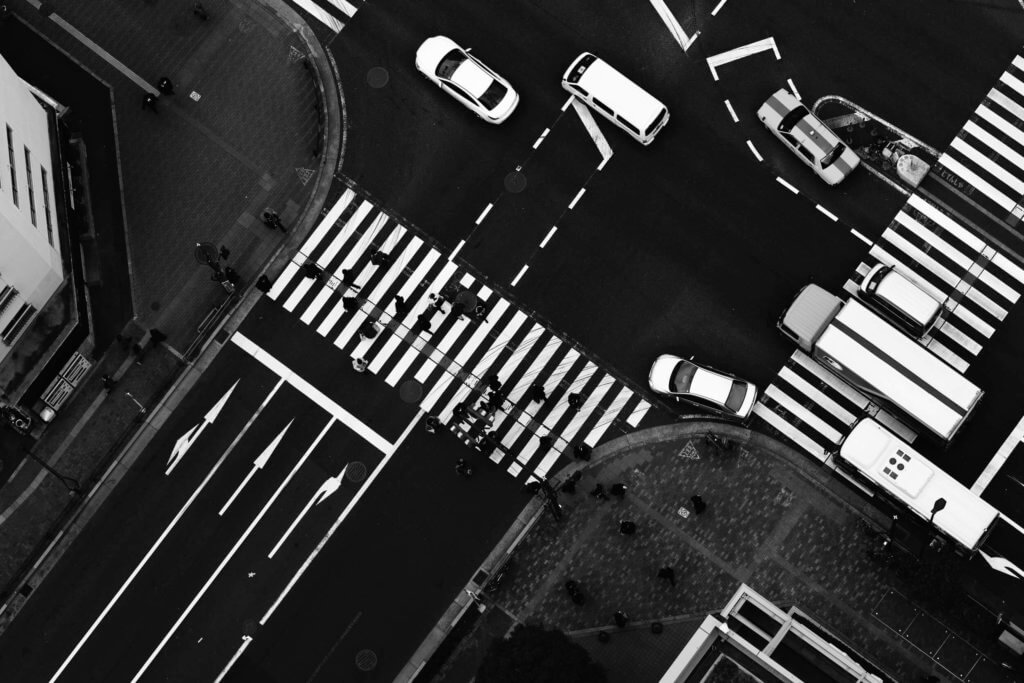 The Good Kind Of Therapy

“Clinic!” Stella exclaimed, appalled. “A stuttering clinic?” She was mortified by this new concept she had just discovered on Google.

“Yeah, I don’t like that word either,” I said. “Would you call this place a clinic?”

“No!” she retorted, still visibly disturbed. “A clinic is for sick people. Stuttering doesn’t make you sick!”

“Well, what would you call this?”

She barely hesitated. “Therapy!” She said it with a bright smile. “But not the bad kind of therapy,” she continued quickly. “The good kind.”

We went back to our projects. I recently redesigned the office to have a “coffeeshop” vibe, and we definitely had that going on this afternoon. Courtney and Stella sat on one side of the table, working on Courtney’s computer. They were putting together a classroom presentation about stuttering for Stella’s 5th grade homeroom. I sat on the other side of the table, combing through edits for an upcoming ASHA presentation on insurance reimbursement for stuttering.

It felt a bit like graduate school, in a good way. I listened as Courtney and Stella went back and forth, discussing everything from font choices to the scientific merit of various Google offerings about stuttering. (Stella was generally not impressed.) I joined their conversation intermittently, casually, lazily. Sometimes it was to talk about stuttering and sometimes it was to talk about a completely unrelated but still interesting topic.

Towards the end, Stella spontaneously volunteered a story. “We had a field trip at school, and they asked us to explain what we thought about it. Everybody had to say their feelings. And the teacher asked me to go first! But I wasn’t ready to talk yet! So I answered, but I blocked for like thirty seconds. And everyone was looking at me. But then I got the word out eventually.”

Courtney listened, knowingly. She stutters, I don’t. I could see in Courtney’s face that she knew exactly the feeling that Stella described, in a way I can’t and never will. A bit of pain, a bit of pride, a quiet solemn confidence from age and experience. You will be OK, even though it’s hard. I know.

“How did you feel after that?” she asked simply.

“Well, it was really scary. I was still a bit scared afterwards. But I was proud of myself for saying it eventually.”

I was smiling. Courtney nodded, and said plainly, “That’s a cool story. Thanks for sharing.” Stella nodded and looked pleased. They went back to their presentation. I went back to mine.

My therapist brain wanted to “unpack” that story. Process your feelings! My teacher brain wanted to turn into an experiential learning opportunity. What did you learn? What will you do next time?

My human brain said go with the flow, and enjoy this moment of three girls hanging out, working on our stuttering projects. That’s what we did.

Courtney and I were conversing casually after Stella left. “You know, I don’t think we’re really ‘treating’ stuttering in here,” I said.

She shook her head slowly but firmly. “We’re not,” she agreed.

“I know we’re doing a lot of good stuff that works,” I continued. “It’s not treatment. But I don’t know what to call it.”

Stella would probably call it therapy. I’m not sure what that word means to her 10-year-old mind. I wish I did, because I think she’s onto something.

Peter Reitzes is currently running a StutterTalk episode series on the question of “Should Speech-Language Pathologists Treat People Who Stutter?” It’s a radical question, although probably the most radical thing about it is simply that it’s being openly discussed on such a well-known and respected platform as StutterTalk.

My very first stuttering client is how I found the National Stuttering Association. We had been working together for about a year. I realized that my client, a young doctor, was in a place with his stuttering. It was a place that I couldn’t go, even though I knew he trusted me and thought well of our time together. I vaguely recalled that my graduate school fluency disorders professor had mentioned something about self-help groups for people who stutter. “I think you need to meet some other people who stutter,” I told him. This takes more than just speech therapy.

[For those who don’t know the story...turns out there were no city-based NSA chapters at that times, only suburban ones. I came to the supremely (il)logical conclusion that the only way for this young person to have access to a local meeting was for me to start one, even though I didn’t stutter, and knew only two PWS myself. My doctor client didn’t even attend the group until our eighth month in. But the endings have been happy all around, it turns out.]

It didn’t take too long being involved with the NSA before the StutterTalk questions started creeping in. I was in the throes of building up my own private practice, an entrepreneurial endeavor that does not typically promote adherence to norms. I asked a few stuttering friends about the possibility of creating a PWS-led “stuttering support program” that served the same function as speech therapy, but was not speech therapy. All the PWS I knew seemed way more qualified and knowledgeable at dealing with stuttering, compared to the SLPs I knew and had graduated with. (Not due to faults of our own, but simply a reflection of the field.)

Everyone casually thought it would be a cool idea, but it would probably also be illegal (“unlicensed therapy” and all that jazz). Plus, what would you call it? It wouldn’t be therapy, and there isn’t a good word for what it would be, and so it would just be weird and probably wouldn’t work.

A few people also said that while they thought it was cool and exciting, and they’d want to be involved, they wouldn’t know what to do. “I’m not a therapist, I haven’t been trained.”

I forgot about it as other programs and plans and business projects came into reality. I’ve started wondering about it again. It’s still crazy. But maybe… “not the bad kind”?

Of course, anytime this topic of conversation peeps it head out from its deep cover, there is the part about #NotAllSLPs. There are many SLPs who do amazing work with stuttering (although most are probably applying methods that are considered “non-traditional” in the field, such as a heavy emphasis on counseling over motor work drills).

For the ones who “get it”, I do think a large part of that success is grounded in SLP training. I take the treatment methods I learned in graduate school with a grain of salt, but I rely every day on my training in analytical problem solving, differential diagnosis and thinking, neuroscience, psychology, cognitive science, and values that embrace neurodiversity. That all comes from SLP.

Quite frankly, there is no one class of people--even people who stutter themselves--that universally holds all the secrets to stuttering. The stutterer who says all other PWS should do exactly what s/he did to “overcome” their situation (whatever that word means) can do just as much harm as the well-meaning, but ill-informed, non-stuttering SLP. The over-exuberant “warrior parent” can be a powerful advocate, but also exhaust and alienate their child. For every disability rights law that is passed to improve the lives of differently-abled people, there is an unintended consequence or a person who still falls through the cracks.

For a person working in a certified, licensed field that is religiously devoted to the idea of evidence-based practice, I rely on my gut a lot. (We shall see if I get an ethics citation for posting this.) There is definitely a good bit of feels before reals in my therapy work.

The thing is, though, feels matter.

During our post-session conversation, Courtney said she wants to learn more about working with kids in therapy. We discussed philosophies of treatment moreso than methods. Both of us know plenty of methods, but this wealth of EBP in our brains does not give us certainty as clinicians. The question of whether or not you should have kids do anything at all came up. What if it’s not so much about doing, and more about just being able to be?

Maybe we should call it untherapy?

So what do we do, right now, is the question.

We have this big conversations, like the ones on Facebook and StutterTalk and ISAD at NSA conferences. Big, big what-ifs and what-abouts that have no resolvable conclusions.

We do small, what-we-can advocacy and education efforts. Classroom presentations and PWS panels for SLPs and media sound bytes. Stuff that takes time and effort and sweat and tears and dollars and moves the observable needle maybe a bit, or maybe not at all.

Somebody writes an ASHA article that causes a fuss for a few weeks until something more interesting comes along, or people get tired.

We do what stuttering is. Pushing, pulling, striving, resting, forging ahead, retreating, encouraging, exhorting, comforting, wrestling, struggling. Celebrating the little things because we hope and believe it means eventually there is something better out there...one day.

And we do it as a big cacaphonous swirl of kids who stutter and grown-ups who stutter, SLPs and teachers, parents, siblings, husbands, wives, boyfriends, girlfriends, friends, ASHA and StutterTalk and Facebook and YouTube and the scientists and the snake-oil sellers.

And maybe, when Stella is grown up, the rest of us will understand what she means by “the good kind of therapy.” 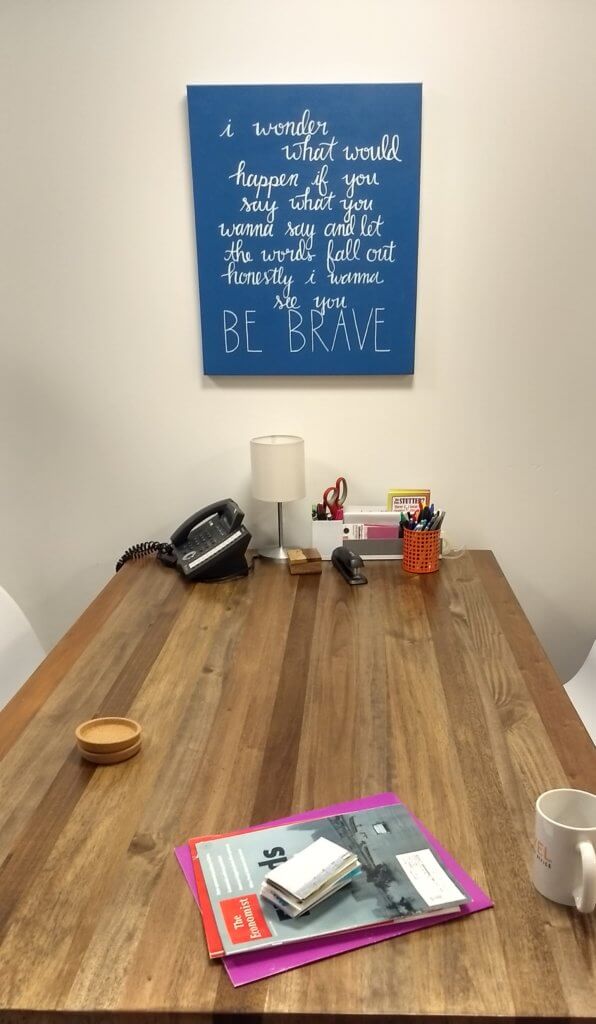