One of my favorite stuttering explanations / response to being teased comes from a former 5th grade student of mine. I had asked him if the other kids at school ever comment on his speech.

"Well, yesterday, I was talking and this kid interrupted me while I was stuttering. He was like, 'Hey man, what's wrong with you? Do you have like a glitch or something?' So I said 'Yeah, I do.' And he was like, 'Oh, OK,' and then we kept playing."

To date, this is my favorite analogy and explanation for what stuttering is and how we should approach it. Unlike many analogies, the deeper you dive into it, the clearer and more accurate it becomes. I'm going to specifically reference video games, because 1) this is relevant for kids and teens and 2) I like video games.

Anyone who has ever played a video game of any kind, be it Angry Birds or Skyrim, knows that your hardware impacts how well the software runs. "Ugh, my phone is so old and crappy." If your graphics card is from 2005, you can't run Dragon Age: Inquisition on the highest settings (which means you miss out on a lot of really beautiful art and texture renderings). Similarly, the quality of your Internet connection is pretty important. Online games require tons of data to be sent back-and-forth very quickly, and a slow or errored transmission can impair your game's performance pretty significantly.

Thanks to tremendous research being done in the areas of neurophysiology and stuttering, it has now been established that kids and adults who stutter have different brain hardware than people who don't stutter (less grey matter density, white matter tracts in key speech processing brain regions). Brains of PWS are also slightly slower at processing speech and language information (not just when actively talking, but even when passively listening!).

Speech production is an incredibly complex process. Your mind must generate the idea, which is translated to a word-based thought. These words must be parsed for the necessary motor movements: the position of the articulators, the order in which to sequence movements. Instructions for what to do and when to do it are sent to the muscles involved in speech. And, the whole time you're talking, you're receiving feedback from your own speech, the environment, reactions of others, and adjusting as you go. And, let's not forget that you also have emotional states and a myriad of thoughts running through your mind. This is a dynamic, parallel process. Below is a very simple visual representation of some aspects of speech production. 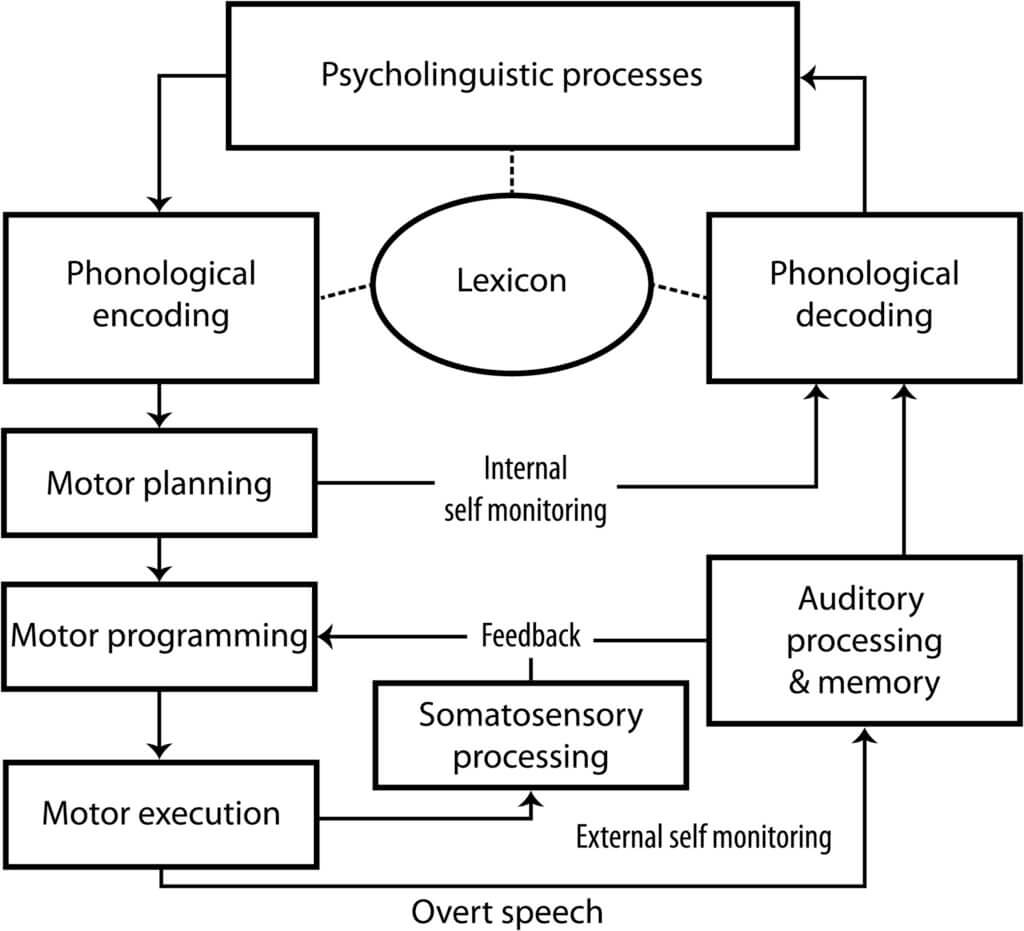 But, enough with the science details. Let's return to our recreational screen-based exploits.

"Lag" is the bane of anyone who has ever played a game requiring an Internet connection so you can cooperate or compete with other live players. Lag is the term used when your Internet connection gets slow for a moment, or your hardware can't keep up with performance demands, and it interrupts your gameplay. Often times, lag makes it appear on your screen that the game has "frozen", when in actuality gameplay is still continuing. When your connection "catches up", you may get a fast-forward replay of everything you missed. Depending on how bad and how long the lag was, you may have missed a lot. In multiplayer games, one player being lagged out for even a few seconds can have disastrous consequences, as you can see in this boss attempt from World of Warcraft (NSFW language, although it's in nice accents):

Lag is really the main physical issue with stuttering. With both phenomenon (speech production and virtual gameplay), there are data-heavy, time-dependent demands placed upon a closed system. If the system isn't perfectly built to meet these performance demands, you're likely to hit some lag. Even in ideally constructed systems (a non-stuttering brain/super-gaming-computer), you still get hitches from time to time (non-stutterers make occasional speech errors too!).

Also, in both scenarios, the environment can have an additional impact. Sister is streaming Downton Abbey while you're raiding? Have fun with that. Noisy background, trying to talk over someone? More lag.

Finally, while there are factors that may consistently predict or induce lag, it's very often random and unpredictable. Even if you optimize to your best ability (see below), you're never going to be 100% protected from lag. Having understanding friends is very important...

Lag is a problem for everyone, even if the person lagging isn't you.

In this WoW raider's case, his guildies (teammates) are understanding, and don't blame him personally for the consequences of his lag, which he has no control over. (They all died, if that wasn't clear.) Of course, he alerted them to the fact that he was lagging, early on. If he hadn't alerted them, they might have thought he had just gone AFK (away-from-keyboard, e.g. to get a snack) at a crucial point. They might have made negative assumptions about his integrity as a team player, or assumed he just didn't want to play anymore...

However, even if you tell people you are lagging, they might still get mad at you. This is ridiculous, because it's not your fault at all, but people on the Internet are not always kind and reasonable. In my experience, people you play with often and who know you well are almost always understanding of lag, although it can still be frustrating if it happens at a bad time for everyone.

Sometimes, in online games, you will become long-term teammates with someone who just doesn't get it or is just a plain jerk. You apologize constantly for your bad Internet connection, you keep calling Comcast and they keep saying they'll fix it but it never seems to make a difference, and he still gives you crap for it. These people suck. (And probably top the DPS meters too, which is even more annoying and reflects the injustice of the universe.)

Because lag is such a constant thorn in gamers' sides, ways to reduce lag are worth exploring. This advertisement succinctly explains what causes lag, why it's a problem, and how their service can help.

If you prefer to play locally-run (non-Internet-based) games, you may not have to struggle against Internet-based lag, but "freezing" or "hiccups" in game performance are common in this scenario as well. As mentioned earlier, if a game has very demanding software requirements, your system's hardware capacity may not be up to snuff. If there is enough of a disparity in the capacities and demands, your game may even be unplayable.

Fortunately, there are ways to improve your game performance while keeping your existing system (since a hardware upgrade is not really an option with stuttering, unless that doctor really can pull off a head transplant).

Nearly all games allow you to adjust the settings for various feature sets, such as video, audio, and movement/action controls. Changing the video settings will often impact how quickly and smoothly the game runs (higher, more detailed visual settings require more processing power; lower visual settings with less imagery to render can be executed more easily on a slower system). 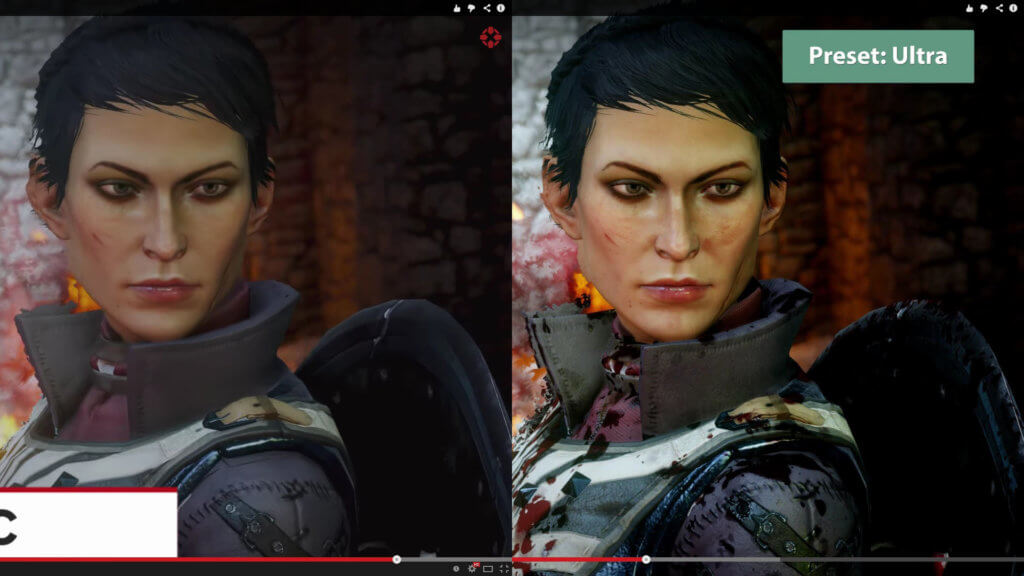 However, these days, visual effects and artwork are considered an important part of what makes a game worthwhile. Many players feel that turning down the visual settings significantly detracts from the full gameplay experience.

Good news: if you want to keep the settings at max so you get the full experience, there are other things that can be modified. Third-party plugins (or tools) can be downloaded to boost performance efficiency.

Unfortunately, plugins and patches still aren't sufficient to eliminate the problem. When this happens, you just have to make a choice. There are games where players choose to forgo beautiful graphics to increase the speed and fluidity of gameplay. There are others where a player may decide to put up with more frequent glitches, because they want to keep the settings on high. It's a shame, but it's reality.

I was so struck by the serendipitious brilliance of my 10-year-old student's analogy that I decided to start using it as soon as I could. Coincidentally, Wreck-It Ralph came out around this time, which addressed some pretty important connotations of the term:

This bummed me out. I thought (and still do think) that "glitch" is an extremely accurate term for the neurophysiologic speech-motor breakdown that occurs during a moment of stuttering. But "your brain has a glitch" sounds pretty terrifying, actually.

As with so many things, language and framing is very important here. There is a difference between being a glitch (Vanellope's label, at the beginning of the story) and glitching sometimes. One is an identity, the other is merely a re-occurring event. One to which the natural response is, simply: "Oh. OK."

Without giving away too many spoilers, it turns that Vanellope's existence is not, in fact, a glitch. By the end of the tale, she possesses a strong, positive self-identity. However, she still glitches. She, and everyone around her, come to recognize this as an extremely useful quality.

So, I conclude: stuttering is a glitch.

But, as any experienced software developer will tell you, "That doesn't make it a bug. It's a feature!" 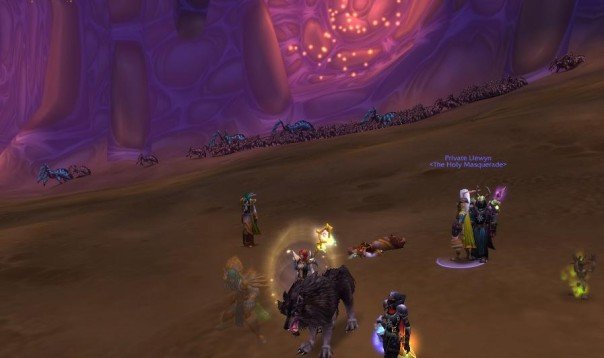 And hey...if the wipe is epic enough, sometimes it's worth it...(says me with the DI)